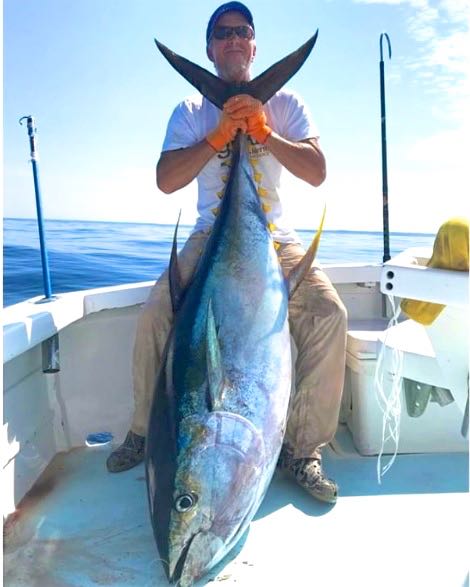 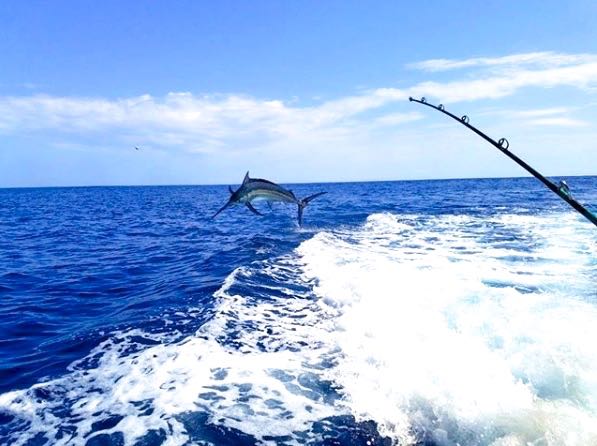 Wow, the fishing has been different everyday out there. We have had lots of sailfish through the area, which is pretty normal for February, but we are also seeing some days with big yellowfin tuna, some Marlin and a lot of big dorado. Weather is perfect and the seas have been really flat. Make sure you follow our instagram and facebook pages for every day fishing pictures from beautiful Quepos Costa Rica! 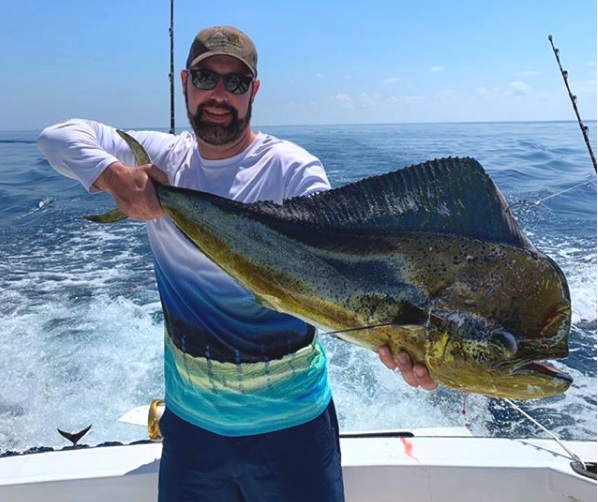 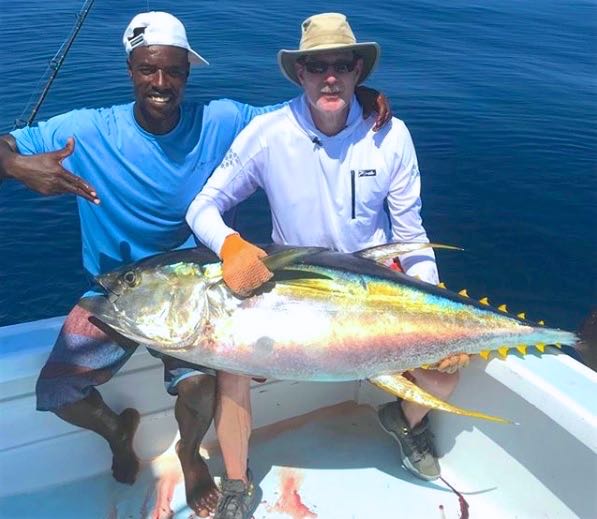 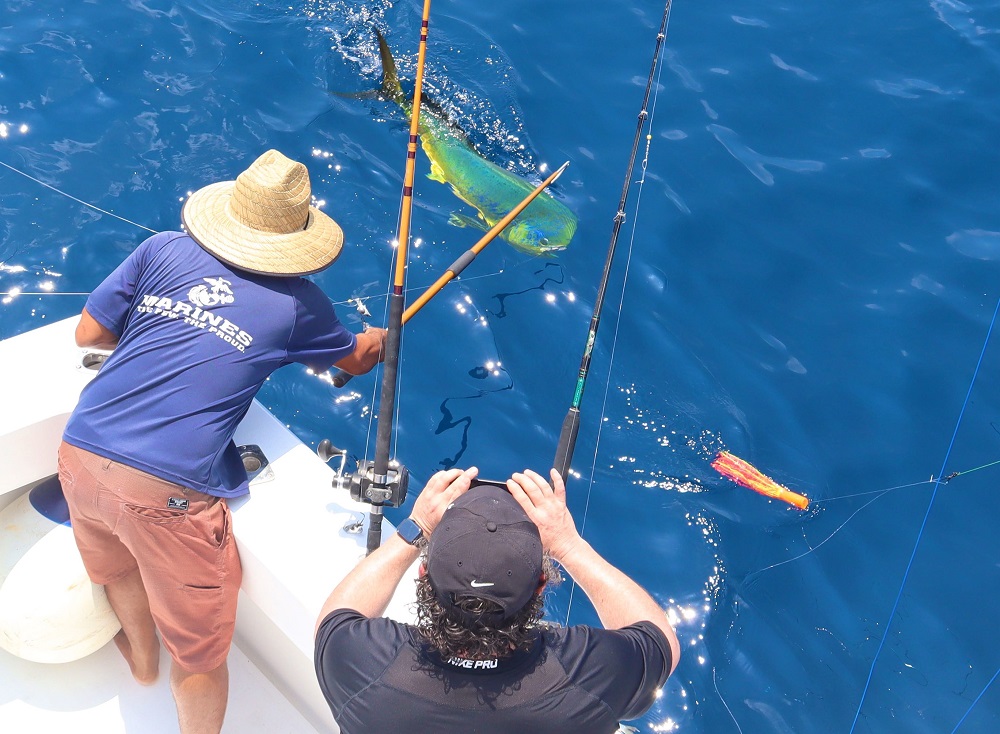 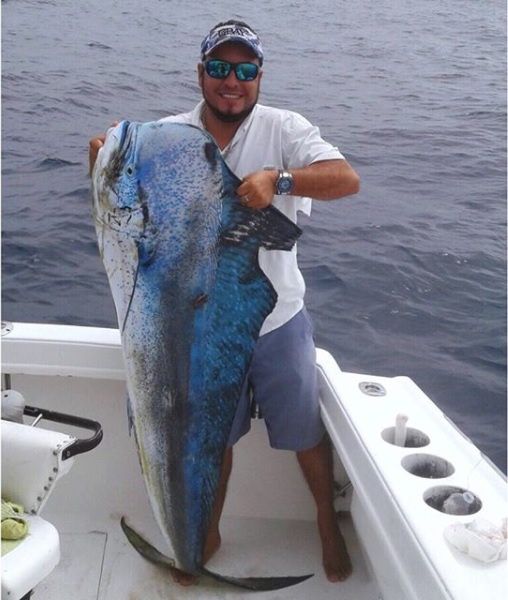 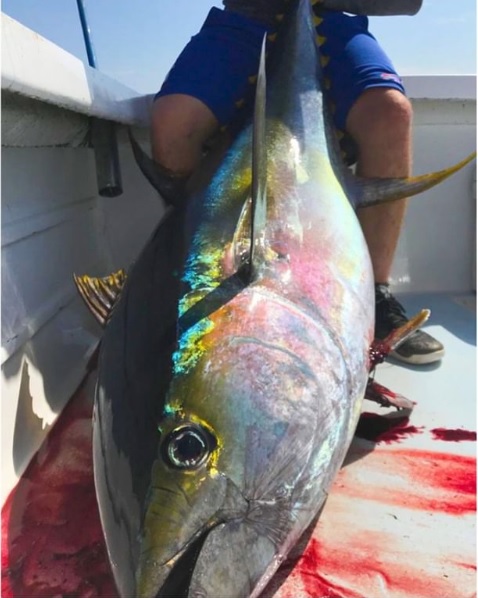 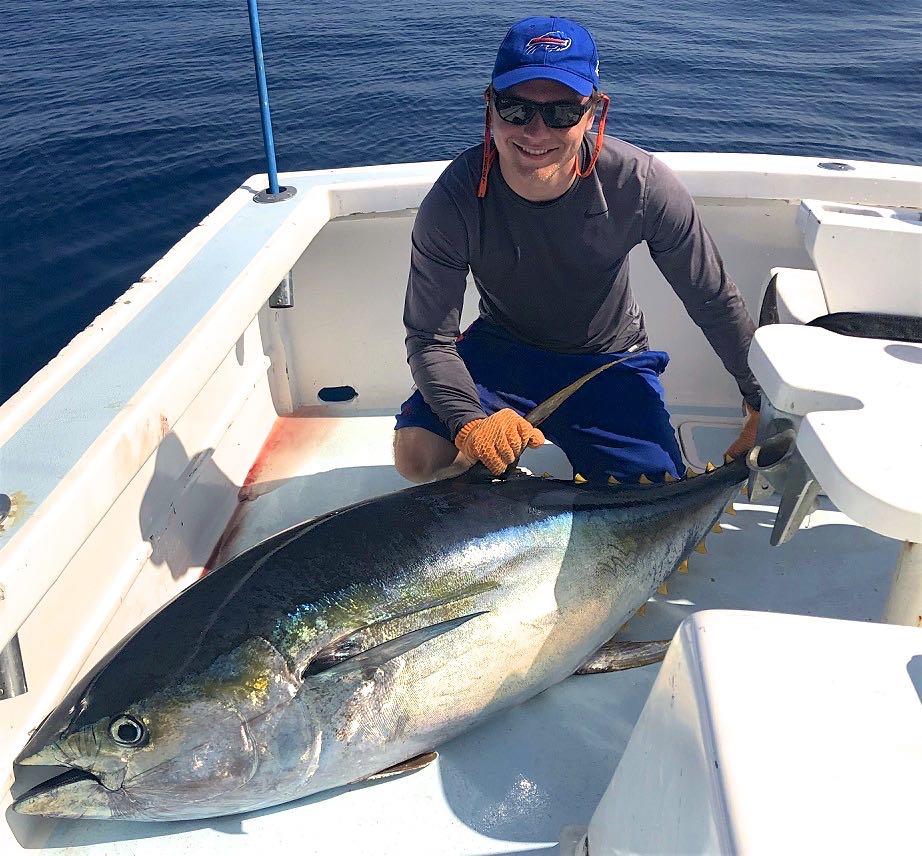 January was amazing! Big Dorado, Big Yellowfin Tuna, a great run of Marlin, both blue and black the first two weeks, and then sails every trip. The ocean has been totally flat, and there hasn't been any rain. And did I mention it's always 80 degrees? Could get any better fishing than here in Quepos Costa Rica 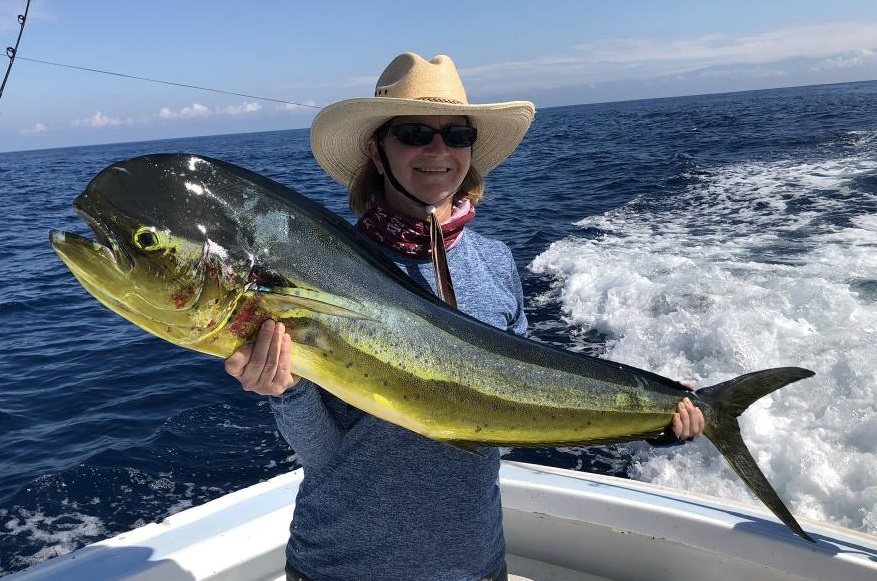 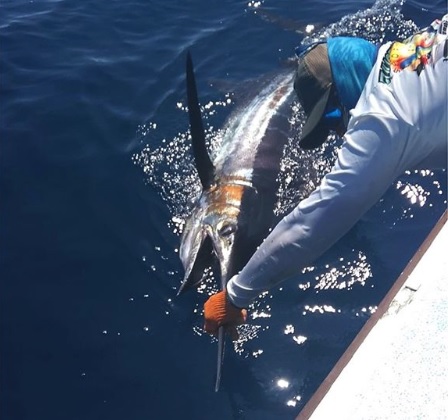 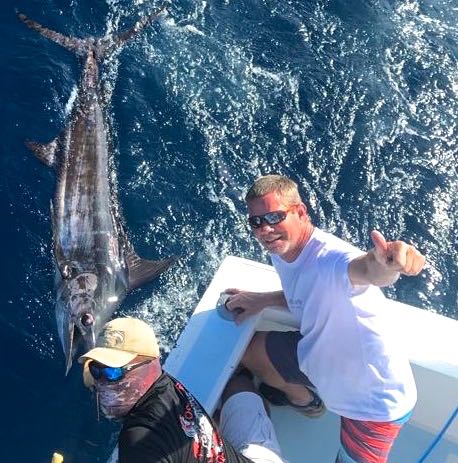 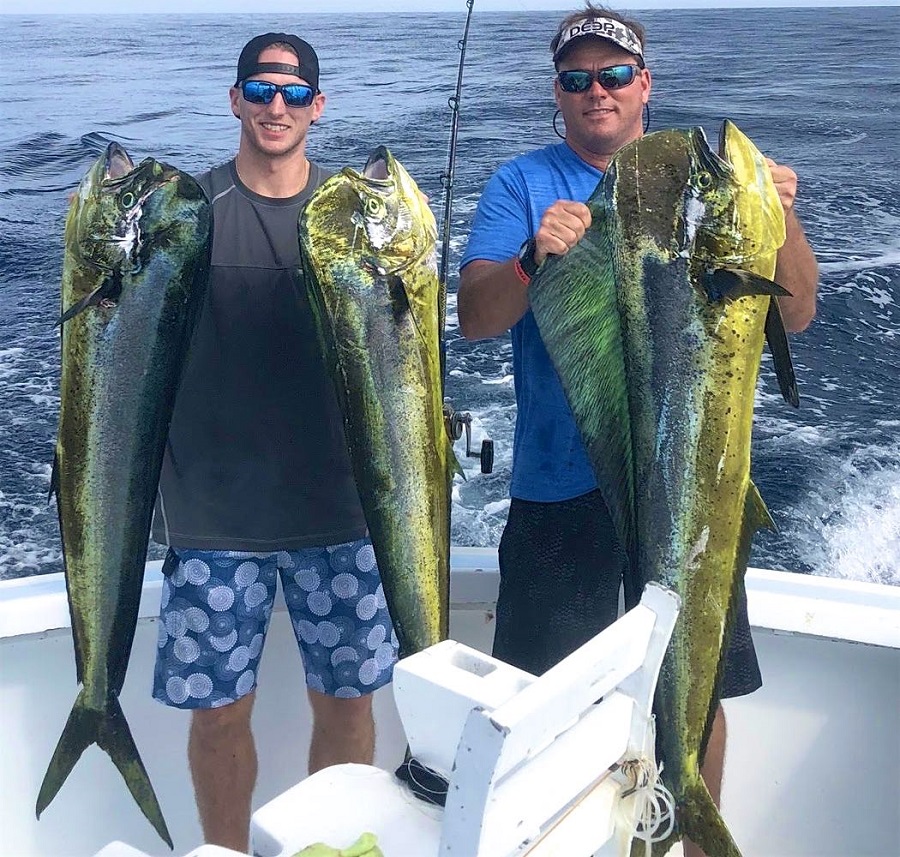 This has really been the best month we have ever had on Marlin. John W and Junior have both seen Marlin on 90 percent of their trips, and they are hooking up to 4 per trip on good trips. In addition to the Marlin, there have been lots of days with schools of YellowFin Tuna around, sometimes big ones, and then there have been lots of dorado and sails around as well. Been some really great December fishing here in Quepos Costa Rica! 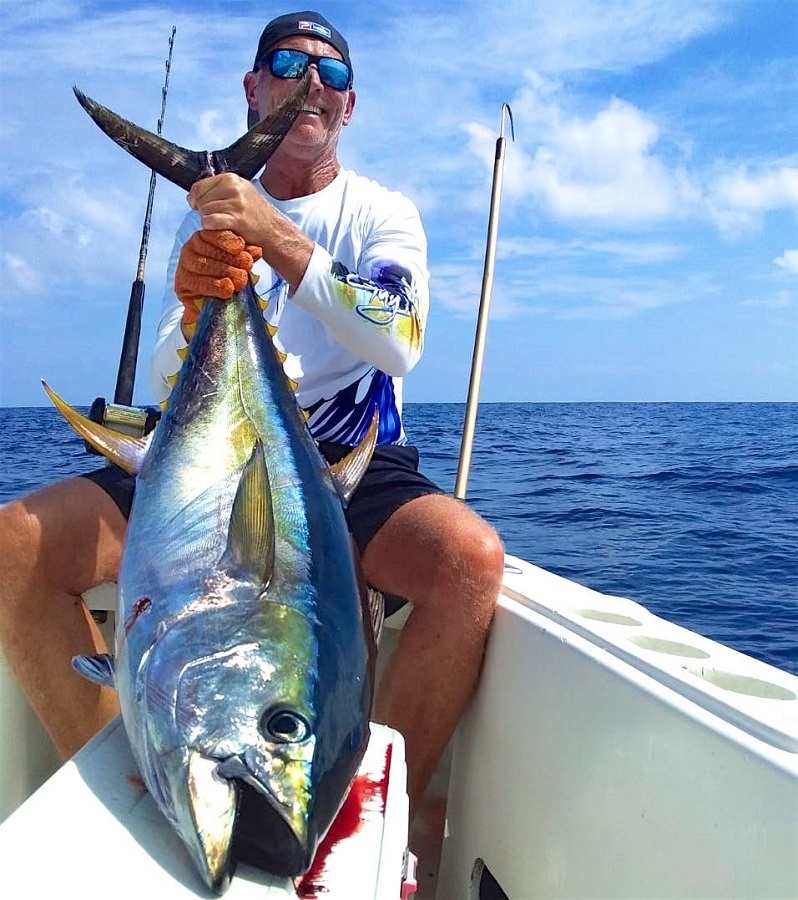 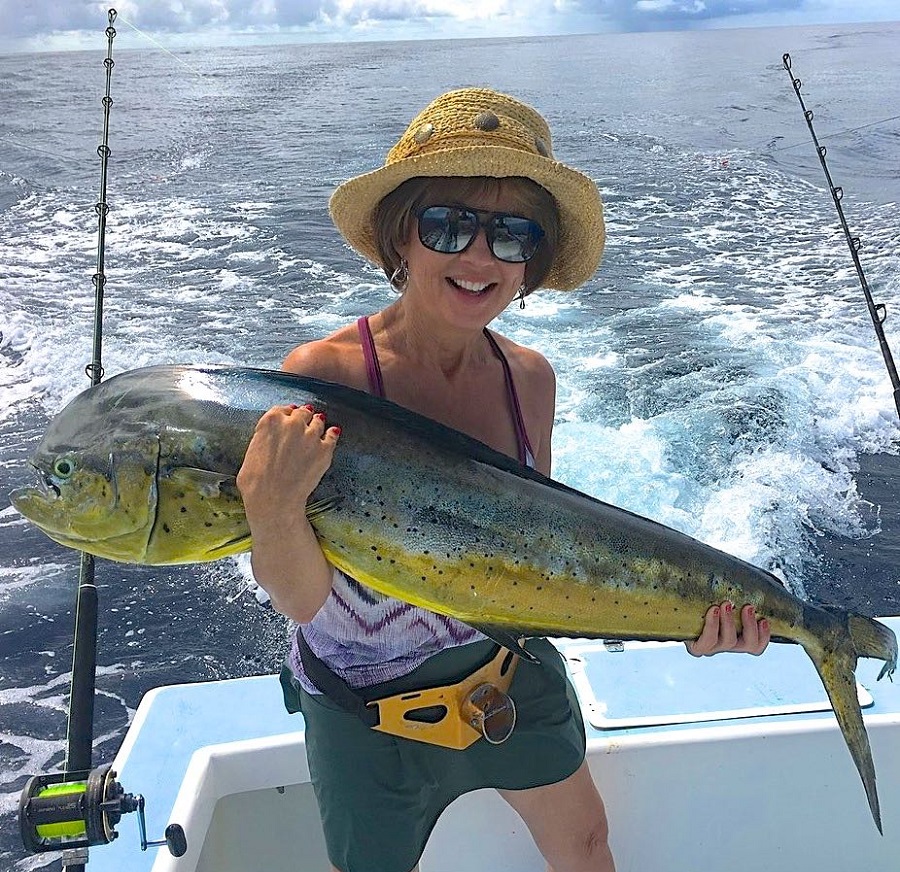 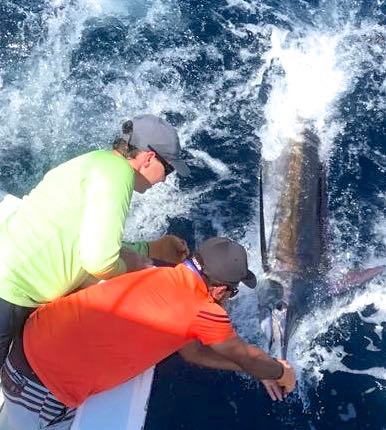 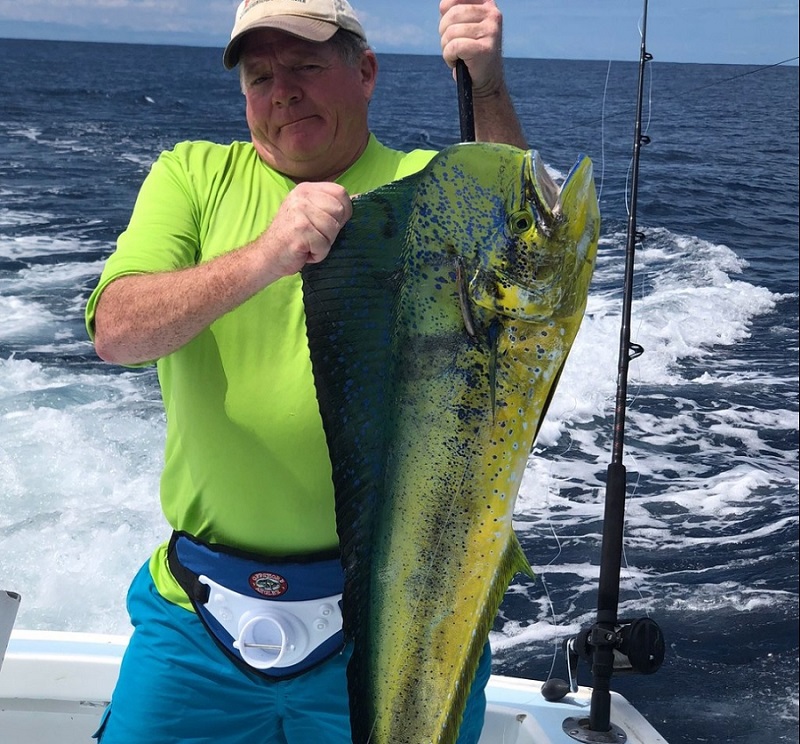 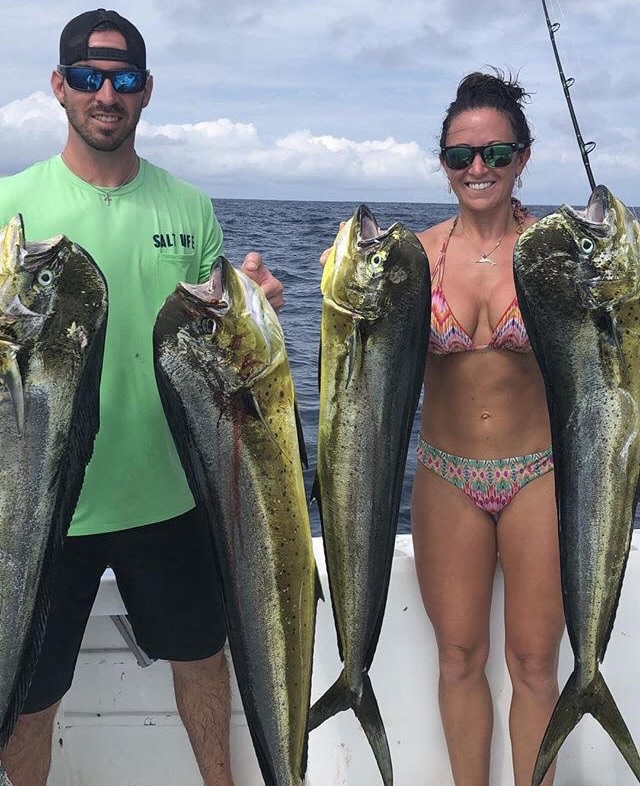 Well it looks like we are still in the dorado derby here in Quepos Costa Rica! Several nice Mahi every trip out. But we are seeing quite a few more sailfish and marlin mixed in that early in the month, we have a marlin behind the boat almost every trip, and at least a few sailfish around too. There were a couple of days the customers wanted to turn the radar on and leave the dorado, and all of those days we found some nice schools of mid sized Yellowfin tuna, but the main story is the big water change (green to blue) which has all the floating sticks and logs. Tons of dorado under that, and then tons of billfish trying to eat the dorado! Great fishing here in Quepos Costa Rica! 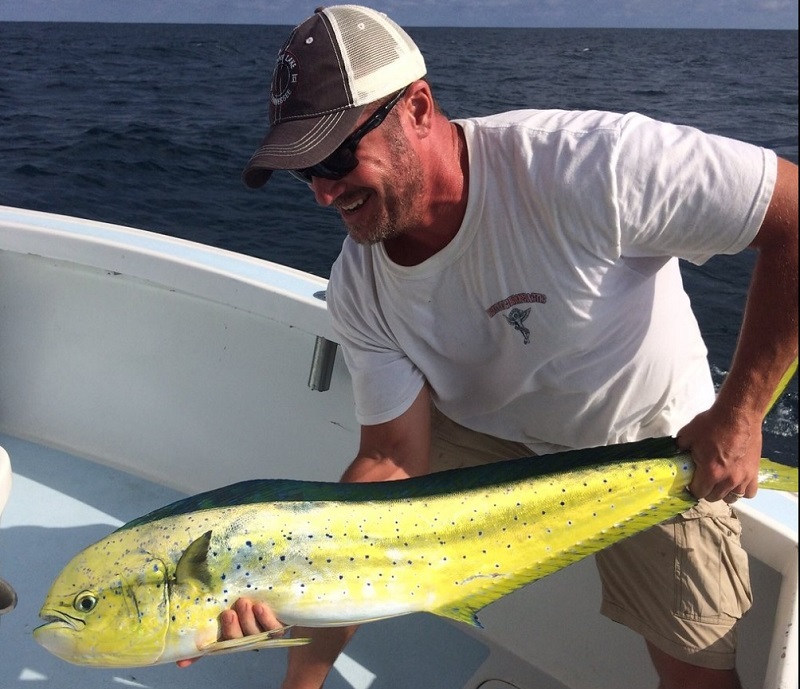 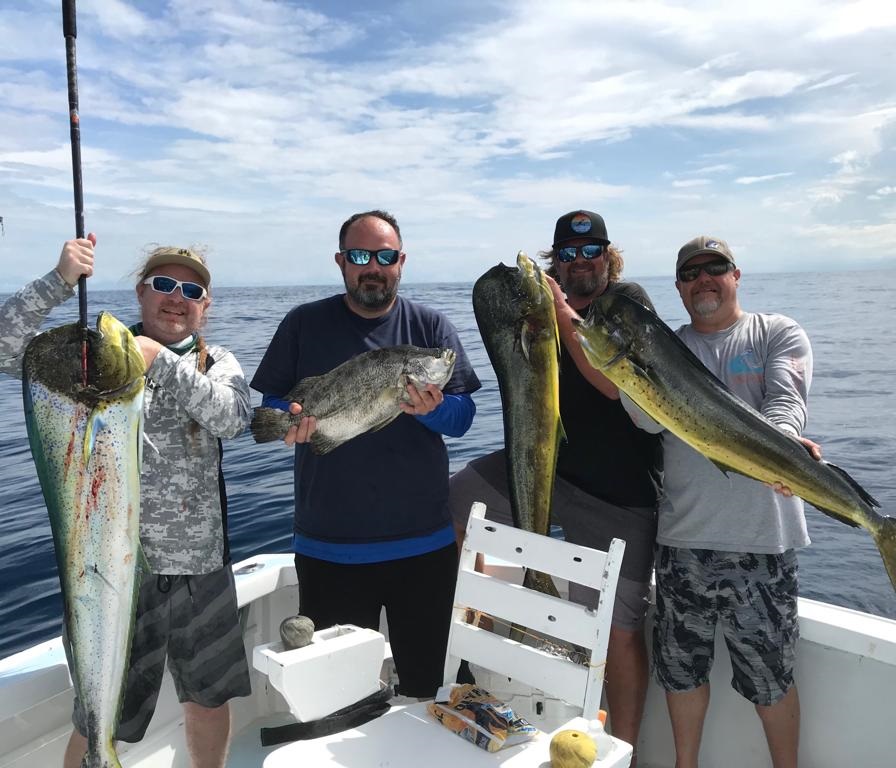 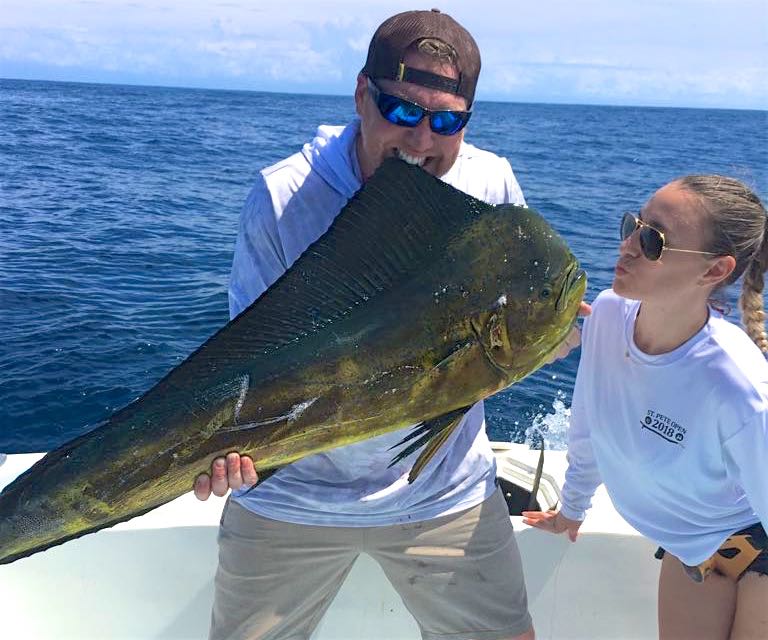 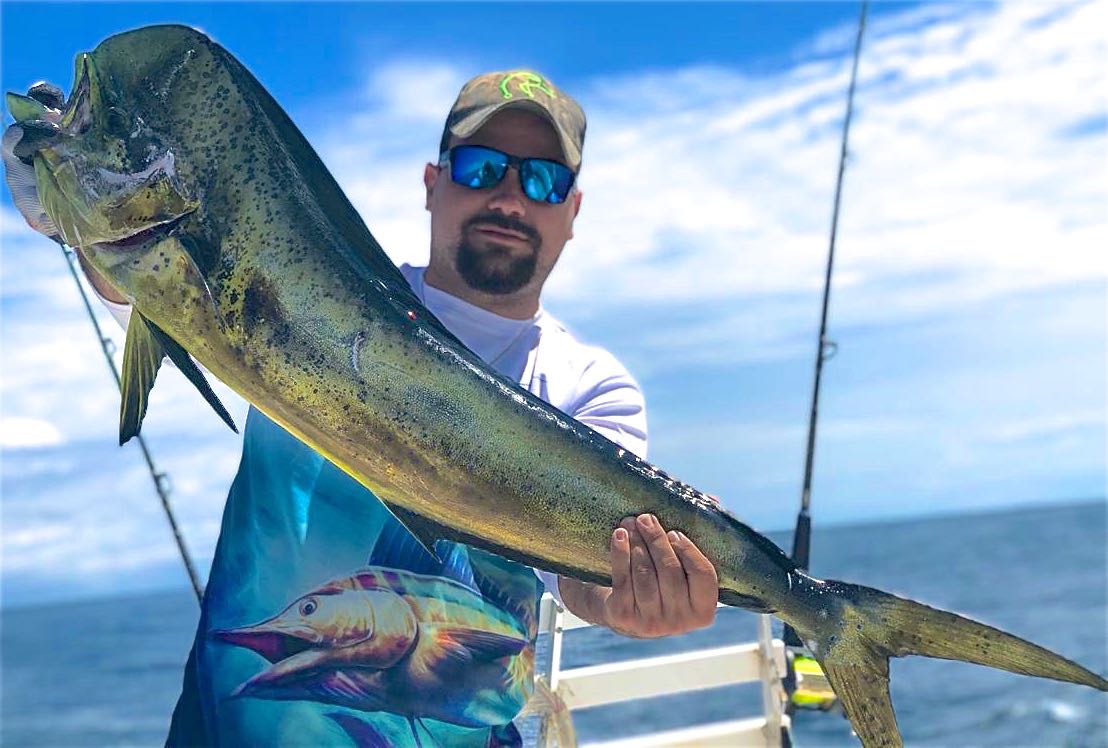 Wow, the last two weeks of October was the best Mahi Mahi / Dorado run we have ever had here. We were seeing 30-40 nice sized Mahi per trip. In the Mahi, we were seeing a few sailfish, and there were a few schools of YellowFin Tuna out there as well, but look at the size of these Mahi! Amazing offshore fishing here in Quepos Costa Rica! 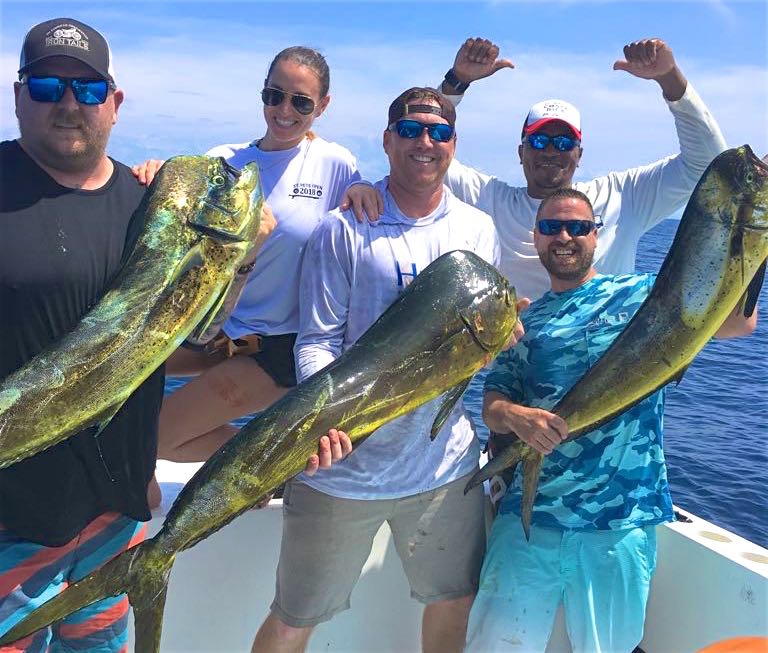 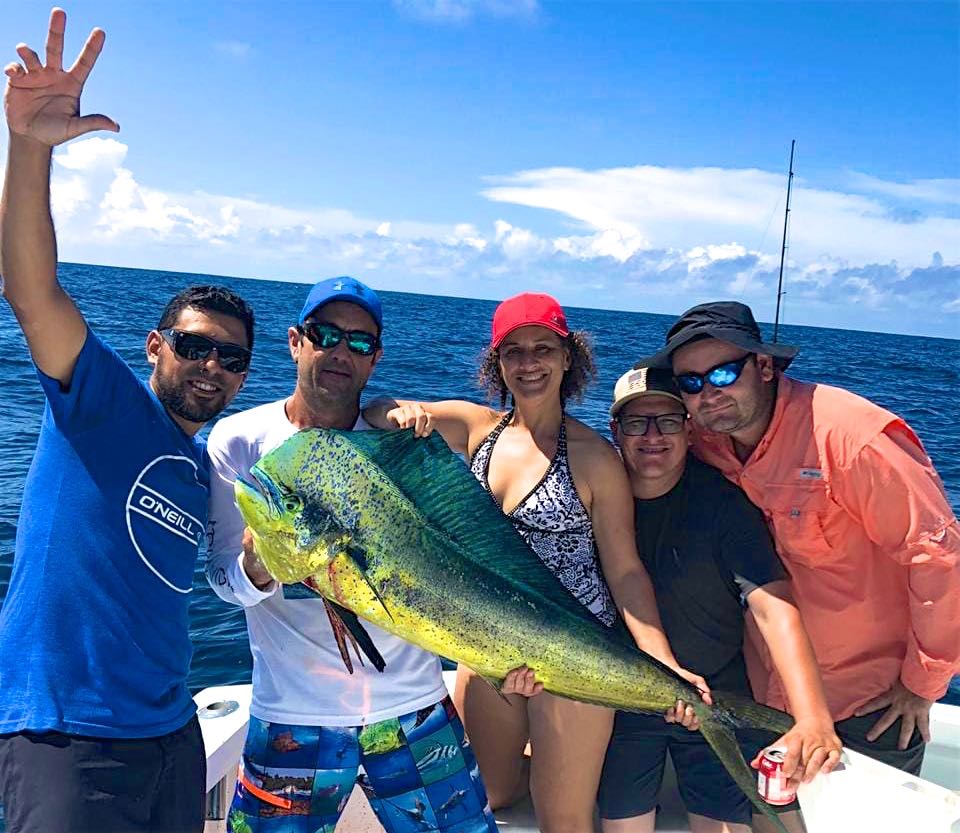 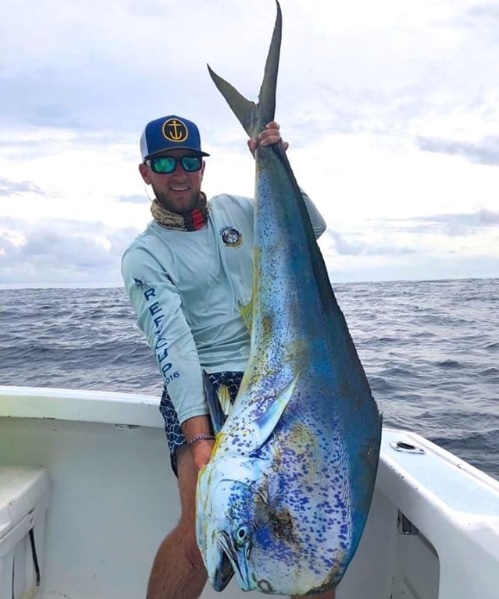 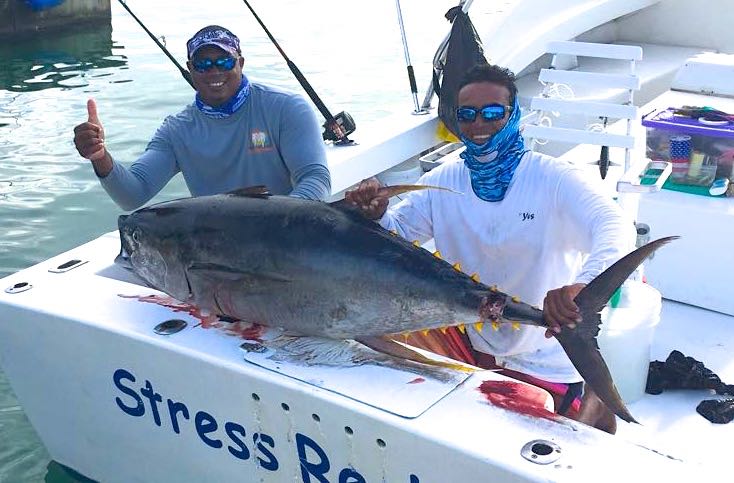 Probably the best September we have ever had. A few years back, Costa Rica outlawed all the big international Tuna ships from their waters. I had always believed that the Tuna boats killed mostly Tuna, but in the last four years, it seems like almost every month is better than the month before it. We had several days this (the last week of September) with 5 billfish releases AND multiple eating fish. Usually Dorado, and big ones, but we have also seen some of the biggest YellowFin Tuna I have ever seen in Costa Rica. Panama used to be the place to go to catch bit YellowFin, but now I believe there are more here, and the ones here are bigger. Crazy good month, lots of double digit days out there, I expect October and November to be even better! Great weather, fishing, and ocean here in Quepos Costa Rica! 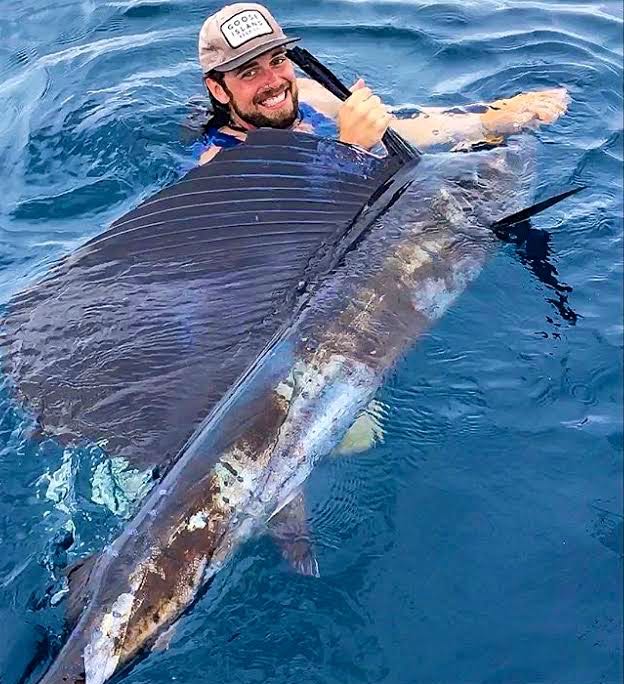 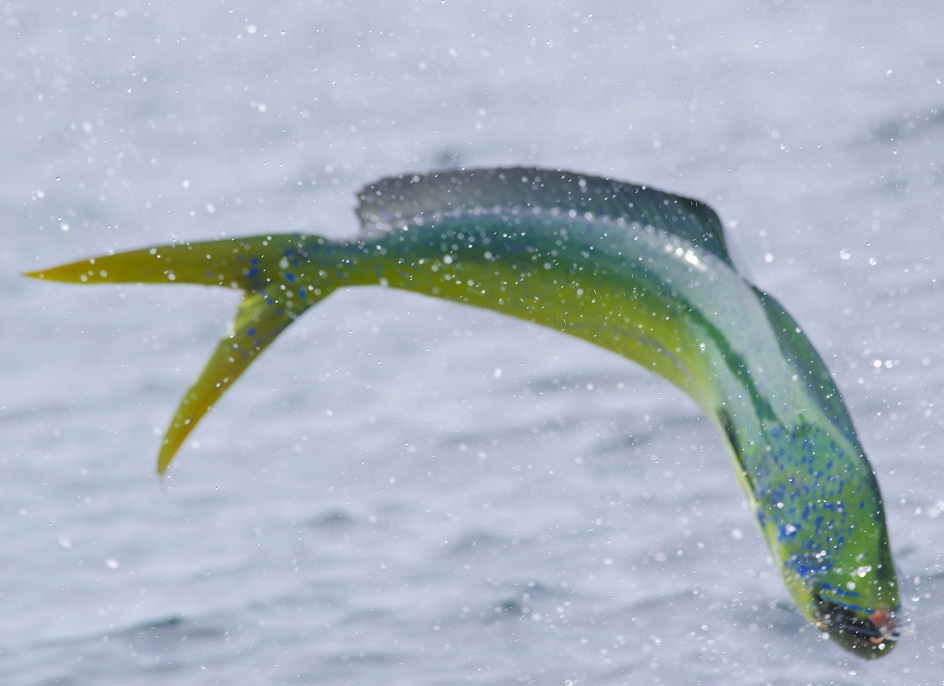 Giving you the best fishing experience for your dollar, providing a top notch experience at both inshore and offshore fishing sportfishing in Costa Rica. Directly serving the Manuel Antonio and Quepos area of Puntarenas, Costa Rica. 45 minutes south of Herradura, Los Suenos and Jaco, 30 minutes north of Dominical, or a 30 minute flight from San Jose. We specialize in offering World class sportfishing for billfish species including sailfish, black marlin, blue marlin, and striped marlin. Other offshore and inshore fish that we target are Dorado, (aka dolphin, Mahi Mahi) yellowfin tuna, amberjack, snapper, and rooster fish.