Been some really really big dorado out there. I bet if we weighed some, we'd be right up there with the record. I don't remember ever seeing this many sailfish as well. Junior had a day right in the middle of August with 22 sailfish RELEASED! That means even more hooked up. And then both Stress Reeliever boats have been on the Tuna lately, we are wearing out those Furuno Radars tracking all those birds, and the first week of August was loaded with Marlin. John W had a day with 4 Marlin releases before noon, and not at the FADS, just right out in front of Quepos. Great offshore fishing, maybe the best month of the year, but July was soo good too it's hard to say! 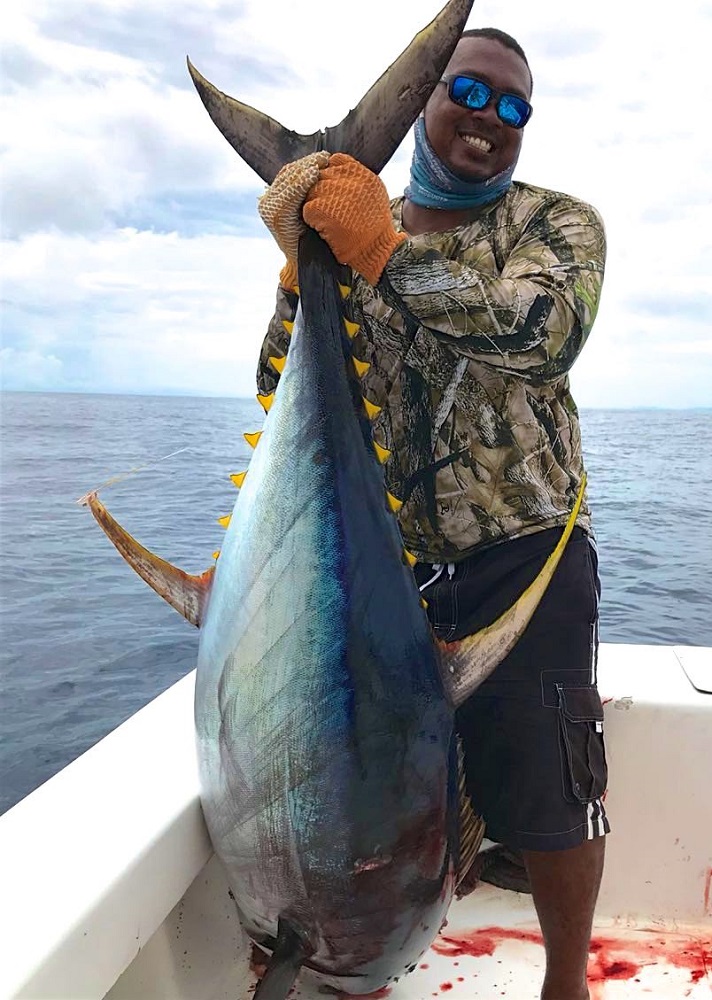 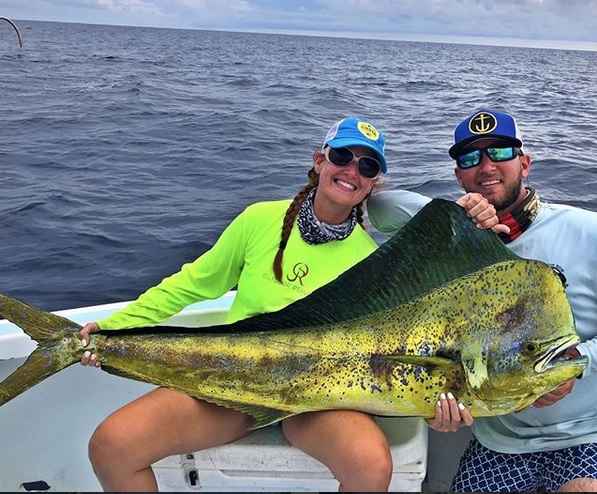 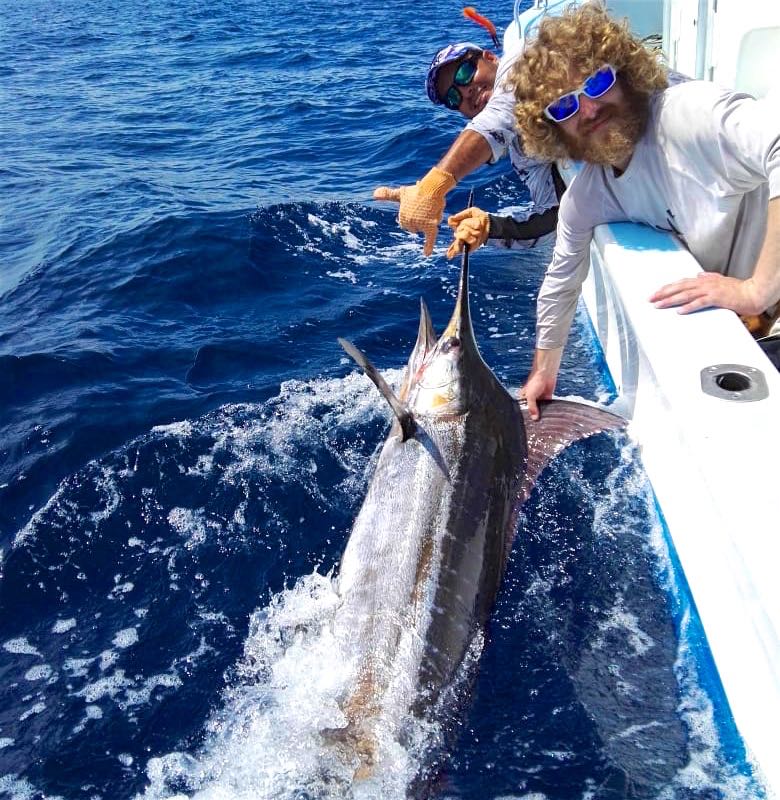 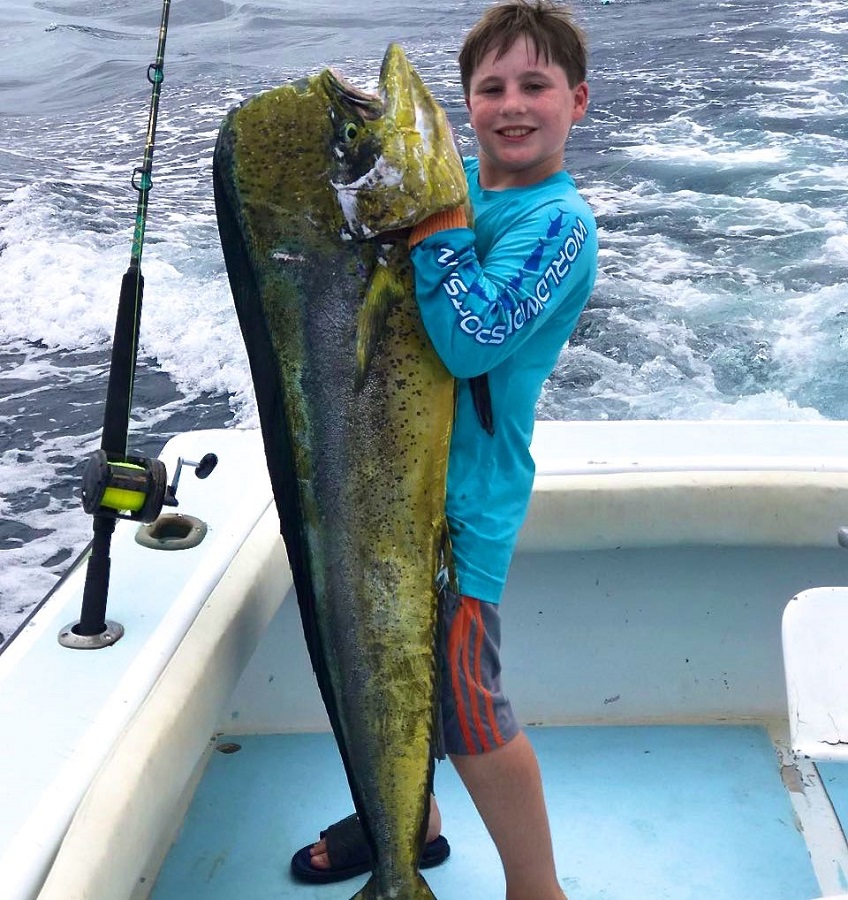 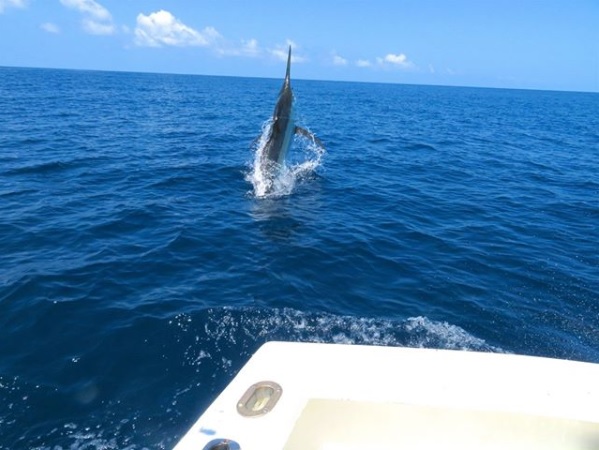 Wow, we just had the best week of the year for Marlin! John W had a day this week with a Blue Marlin, and Black Marlin and some sailfish! There have also been some nice YellowFin Tuna out there, quite a few dorado, and some sailfish around, but I don't remember a time when there was at least one Marlin hookup on almost every trip out there! Great Marlin fishing here in Quepos Costa Rica! 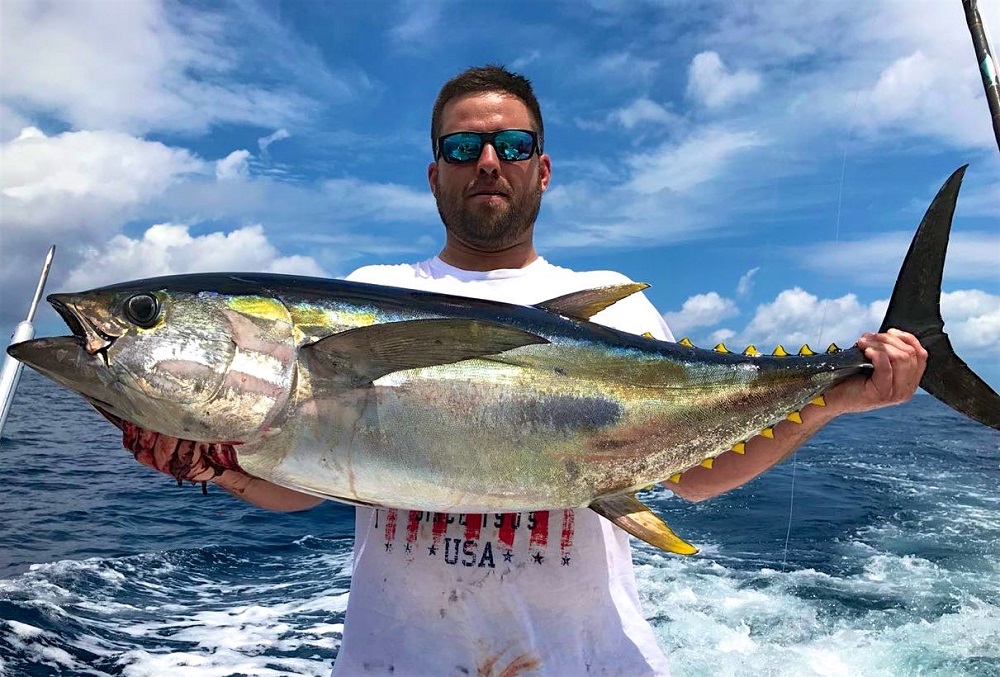 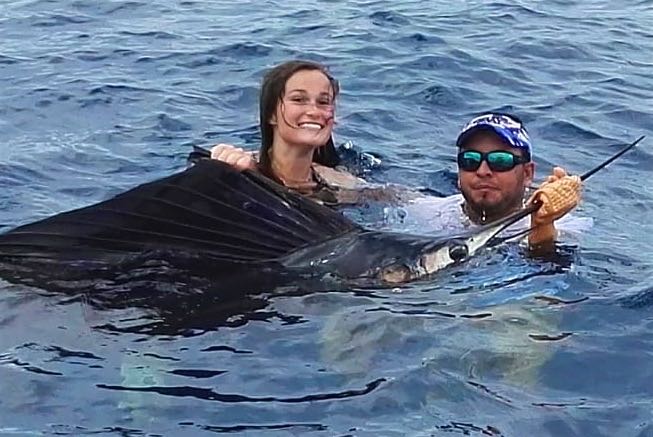 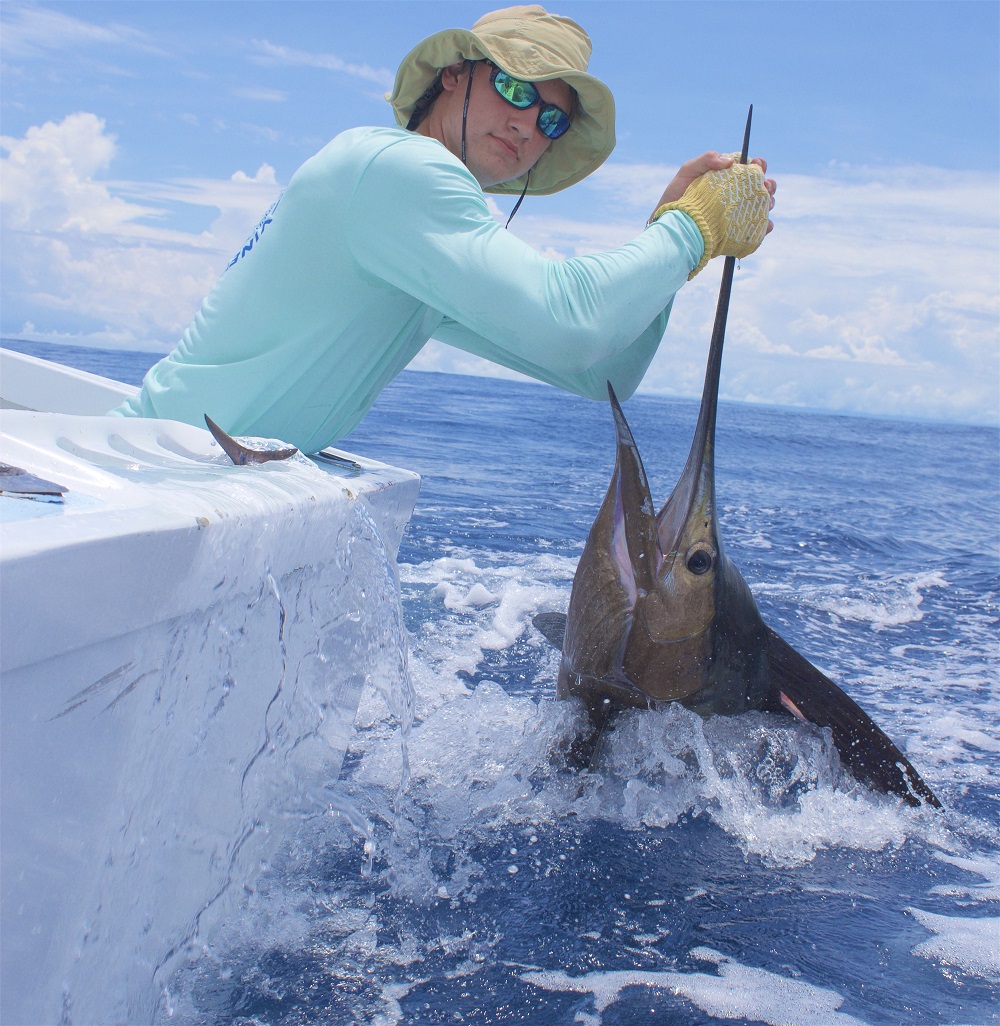 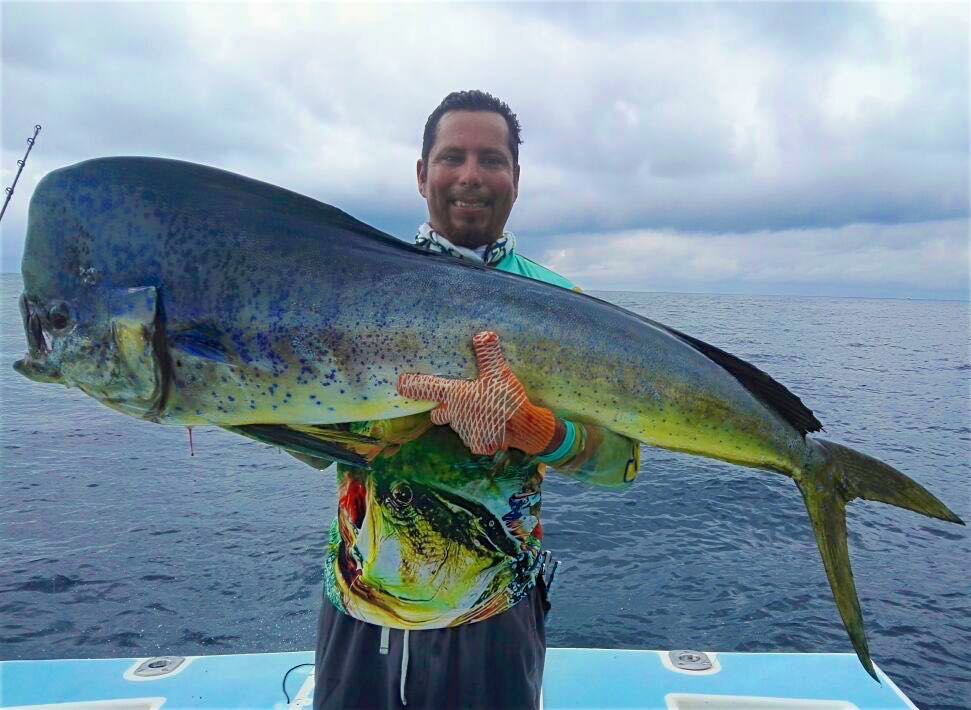 Just had the best June ever for sailfish! Various day over 10 sailfish and John W even had a day with 15 sailfish releases! There were also some YellowFin Tuna, Dorado and a few Marlin around, but the big story this June were the sailfish! Great offshore fishing this June in Quepos Costa Rica! 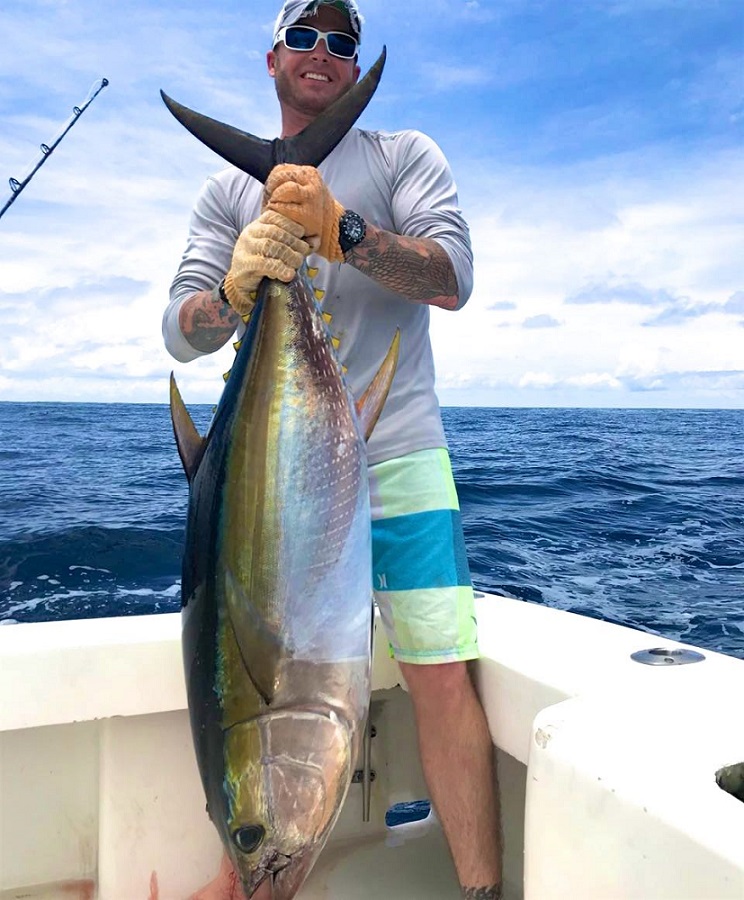 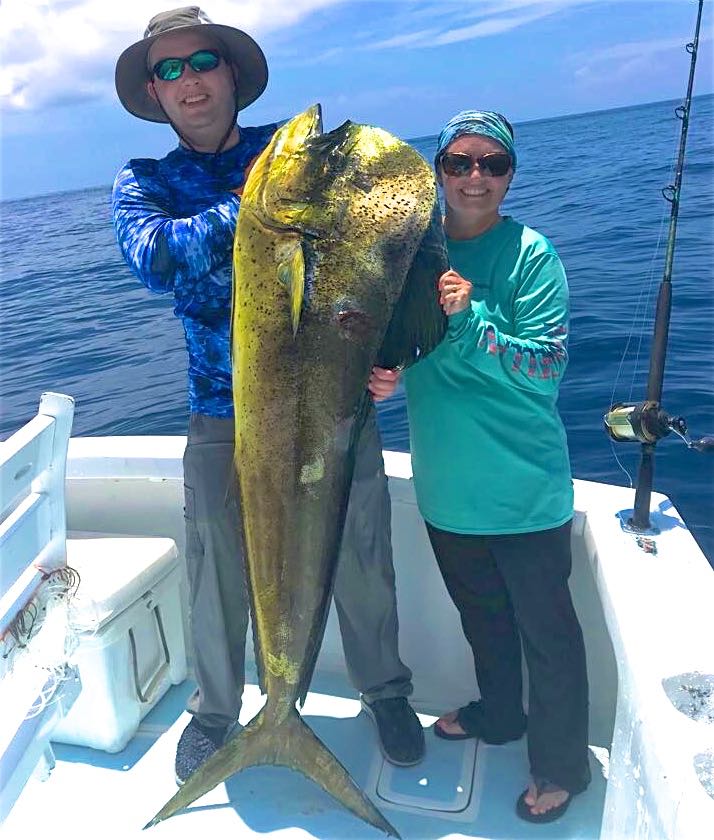 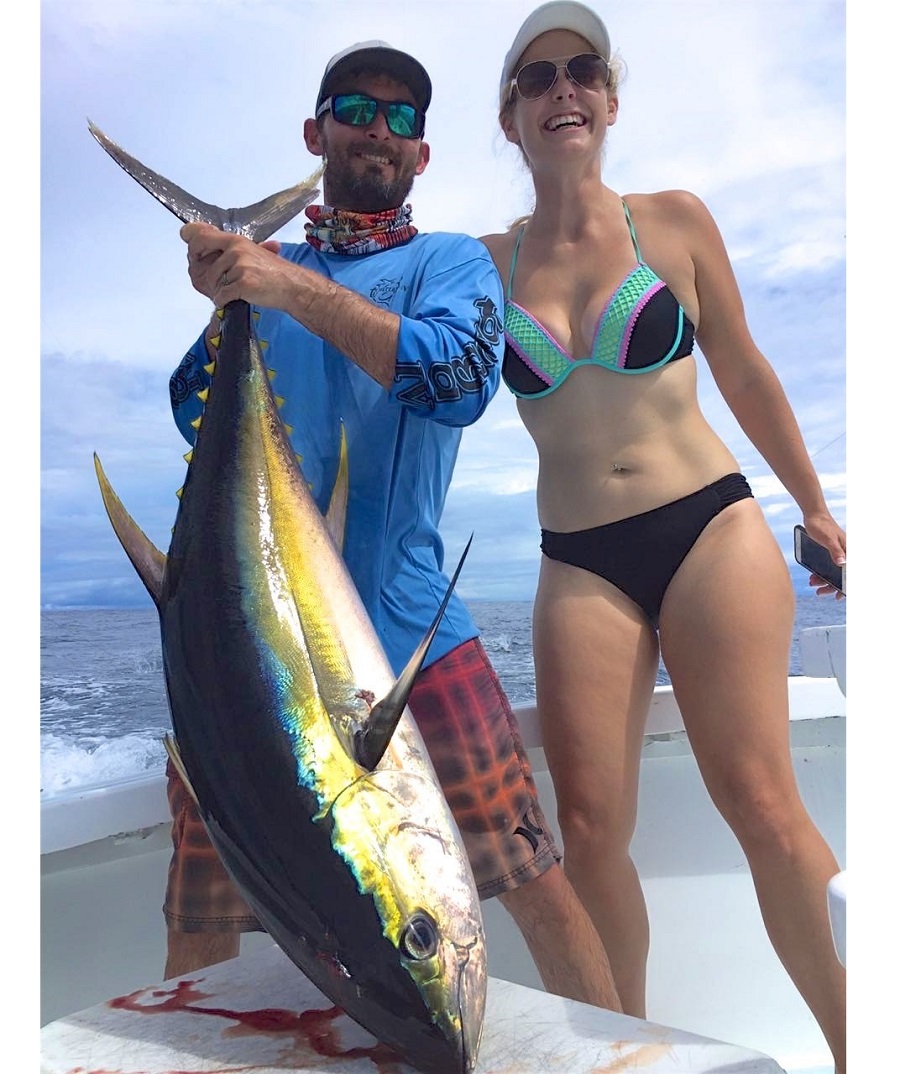 Been some good days offshore lately! We have been seeing lots of Mahi, some small some really big, and then we have had a Marlin behind the boat almost every trip out there. Mid May we saw lots of YellowFin Tuna, and there have been a few sails around as well. Great fishing here in Quepos Costa Rica! 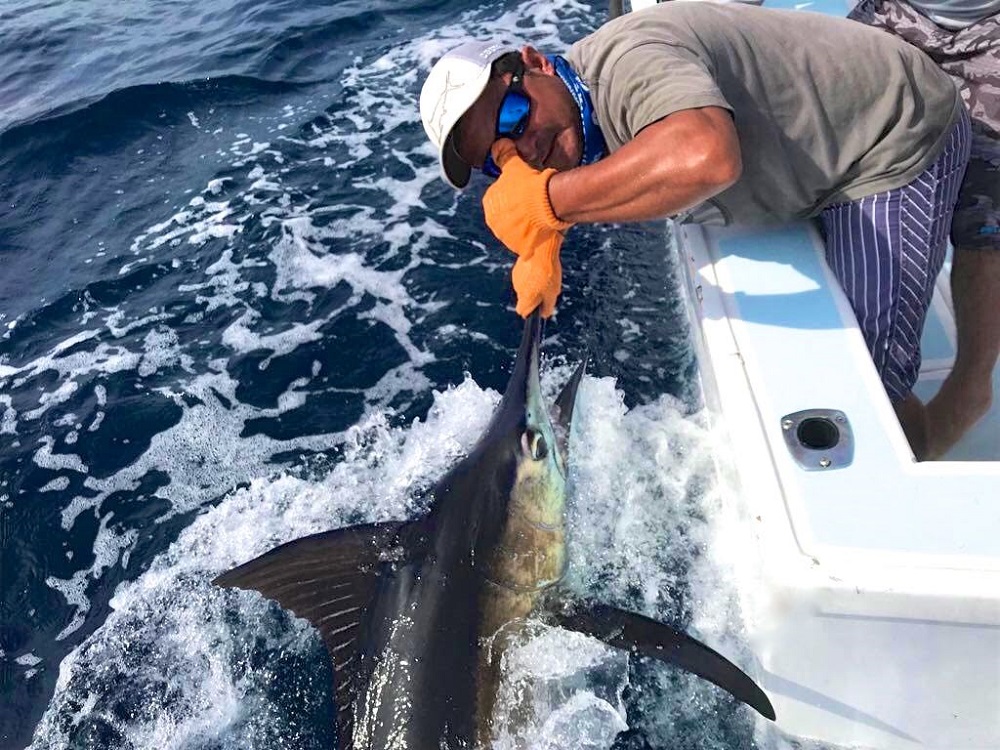 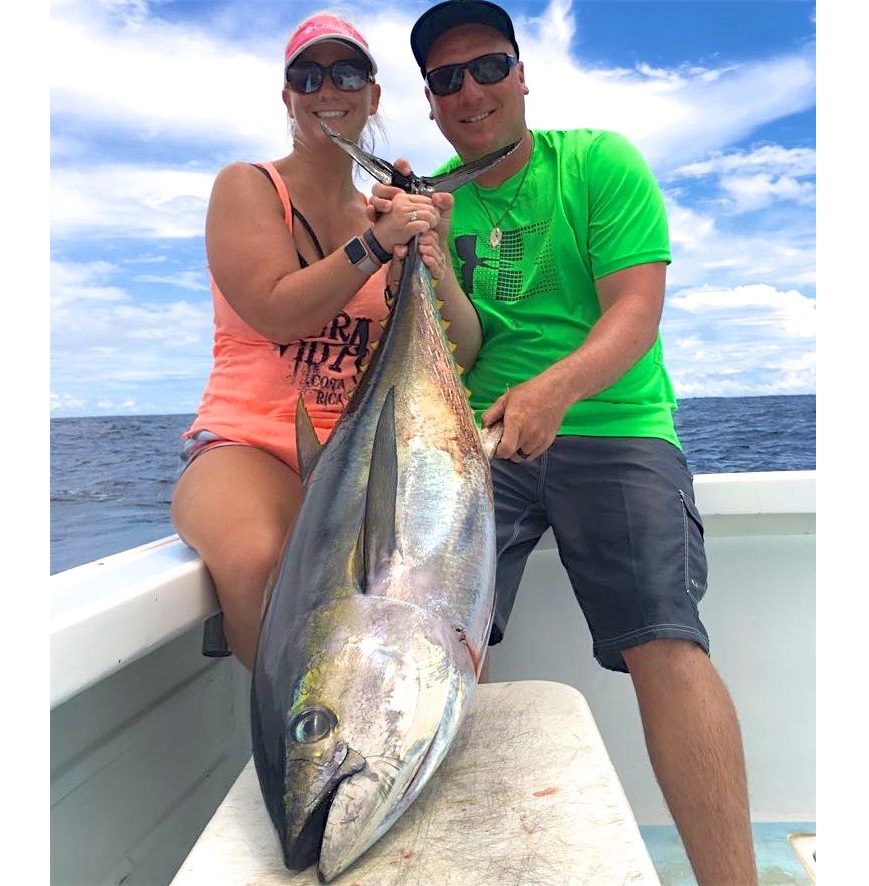 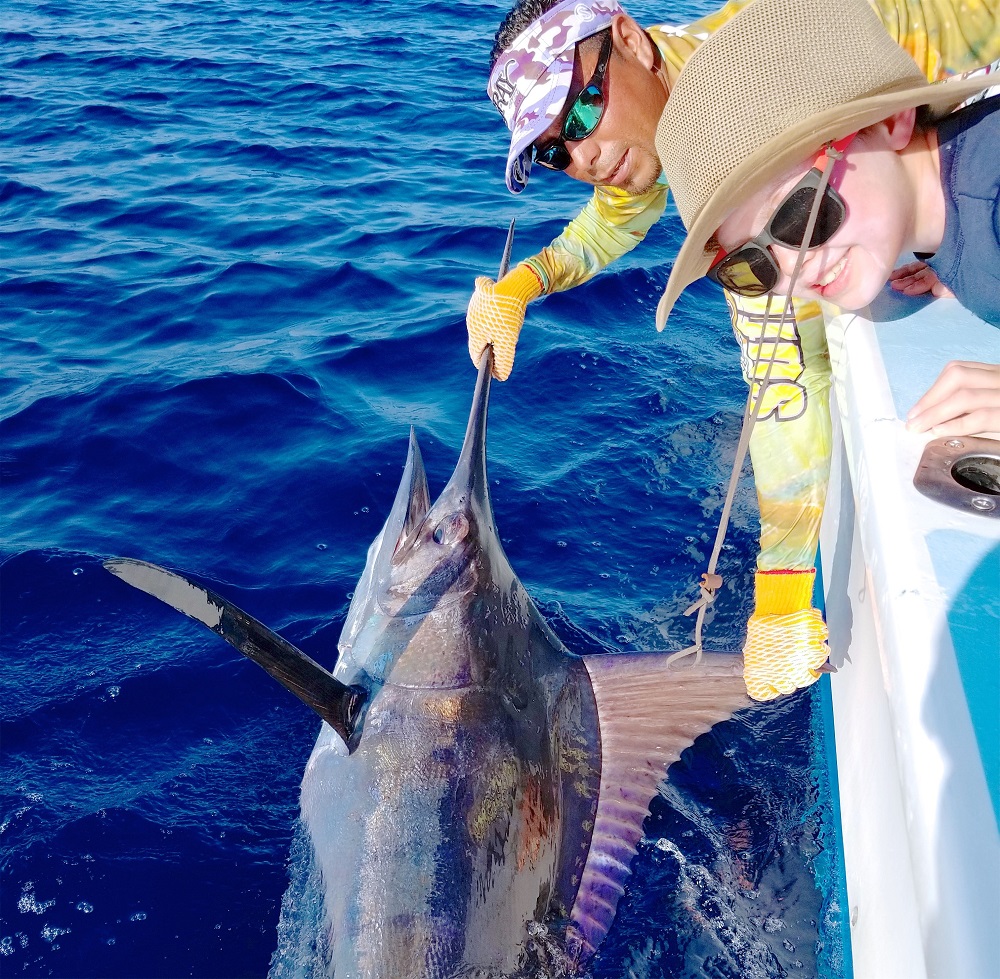 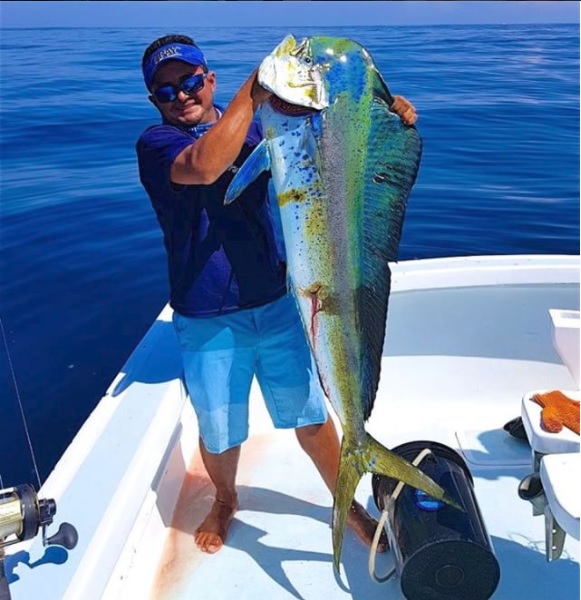 Been different out there everyday! Sometimes we are seeing lots of YellowFin Tuna, and then the next day it'll be sailfish, and then a bunch of Marlin, both blue and black. Very varied offshore fishing. I'd say the most common fish out there have been the big schools of YellowFin Tuna that we are seeing around. Dorado have also been around alot more this month than any April i can remember. Weather has been good, except for one rain day this month, and the ocean has stayed flat for us. Great offshore fishing here in Quepos Costa Rica! 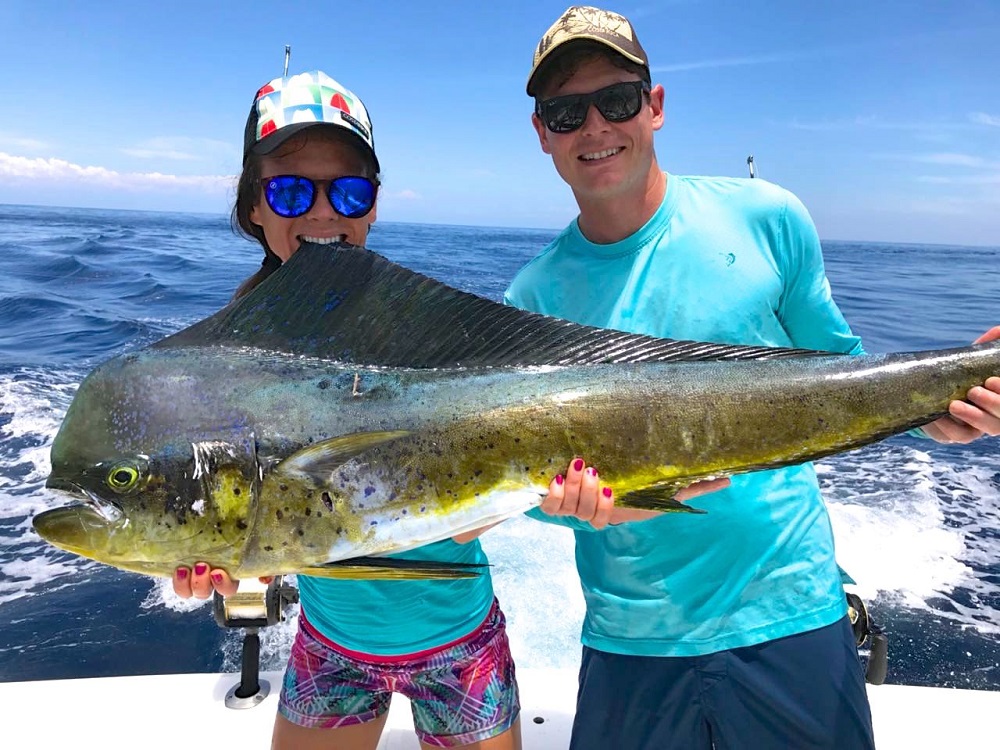 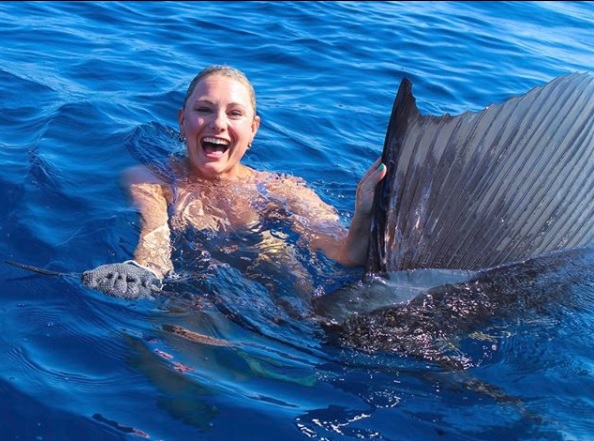 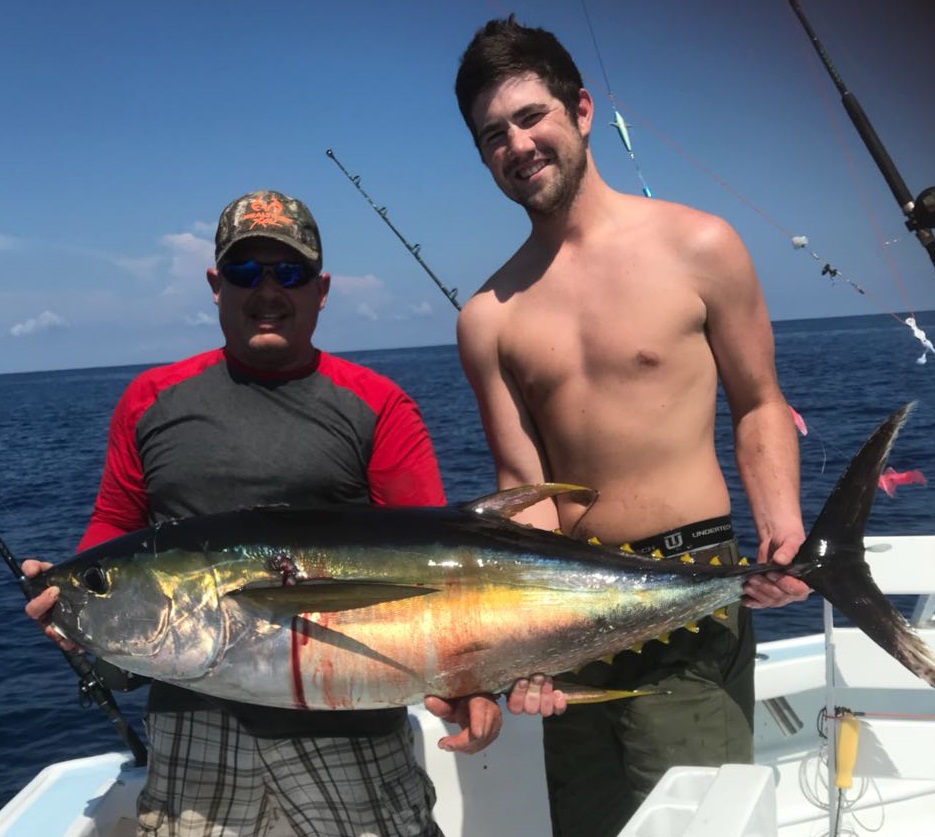 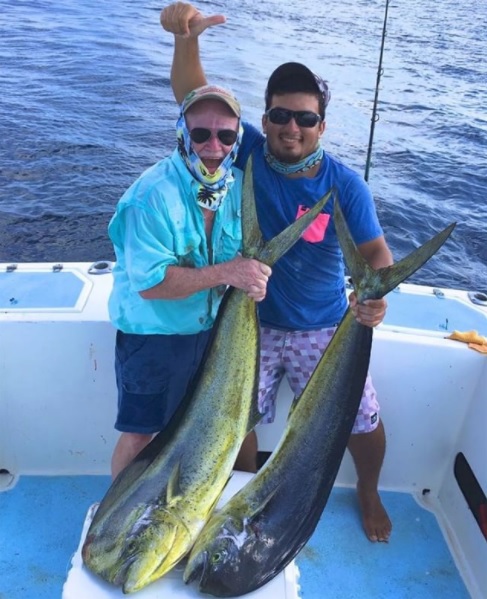 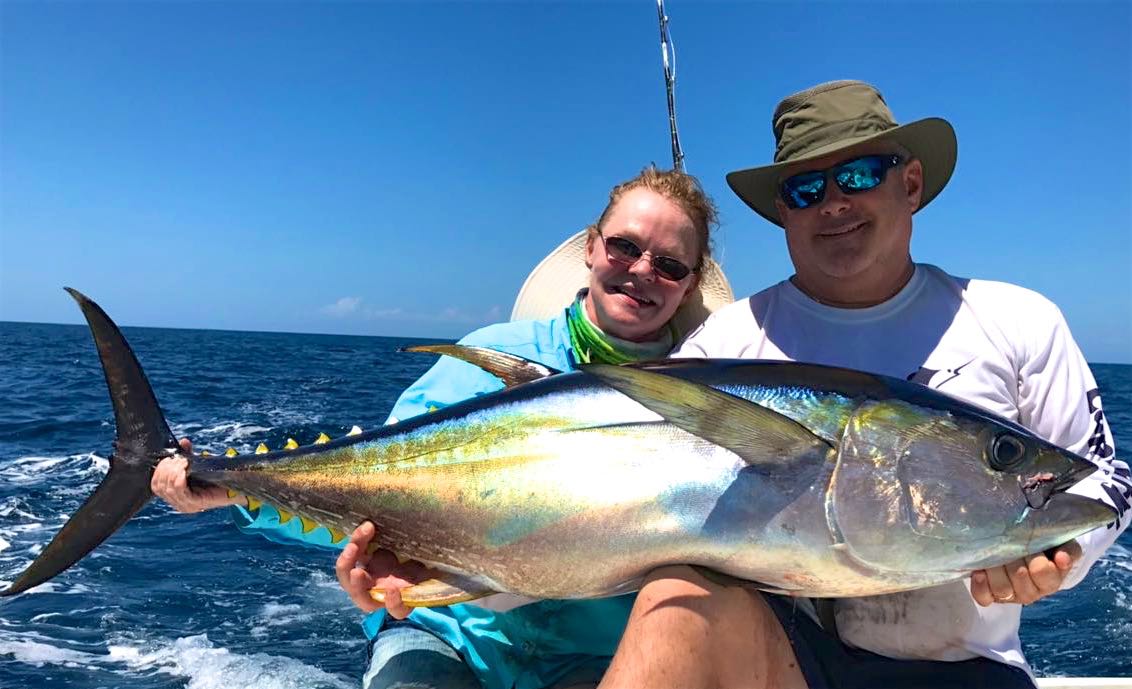 I don't think we have ever seen so many YellowFin Tuna right out there in front of Quepos. Just huge schools of spinner dolphins everywhere, usually over an acre, with thousands of dolphins jumping, birds feeding, flying fish cruising along the surface, usually to their doom, and most importantly, big YellowFin Tuna below them! Around the schools and while we look for the schools there are some sailfish out, usually releasing a few each trip. A few big Marlin and a few dorado each week, but the big story has been the YellowFin Tuna. Great big schools Sushi swimming out there, we will bring the wasabi and soy, right in front of Quepos Costa Rica! 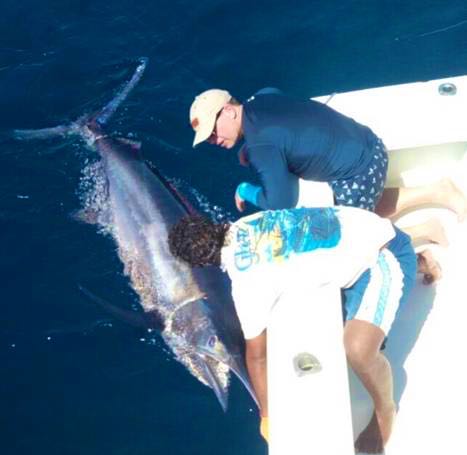 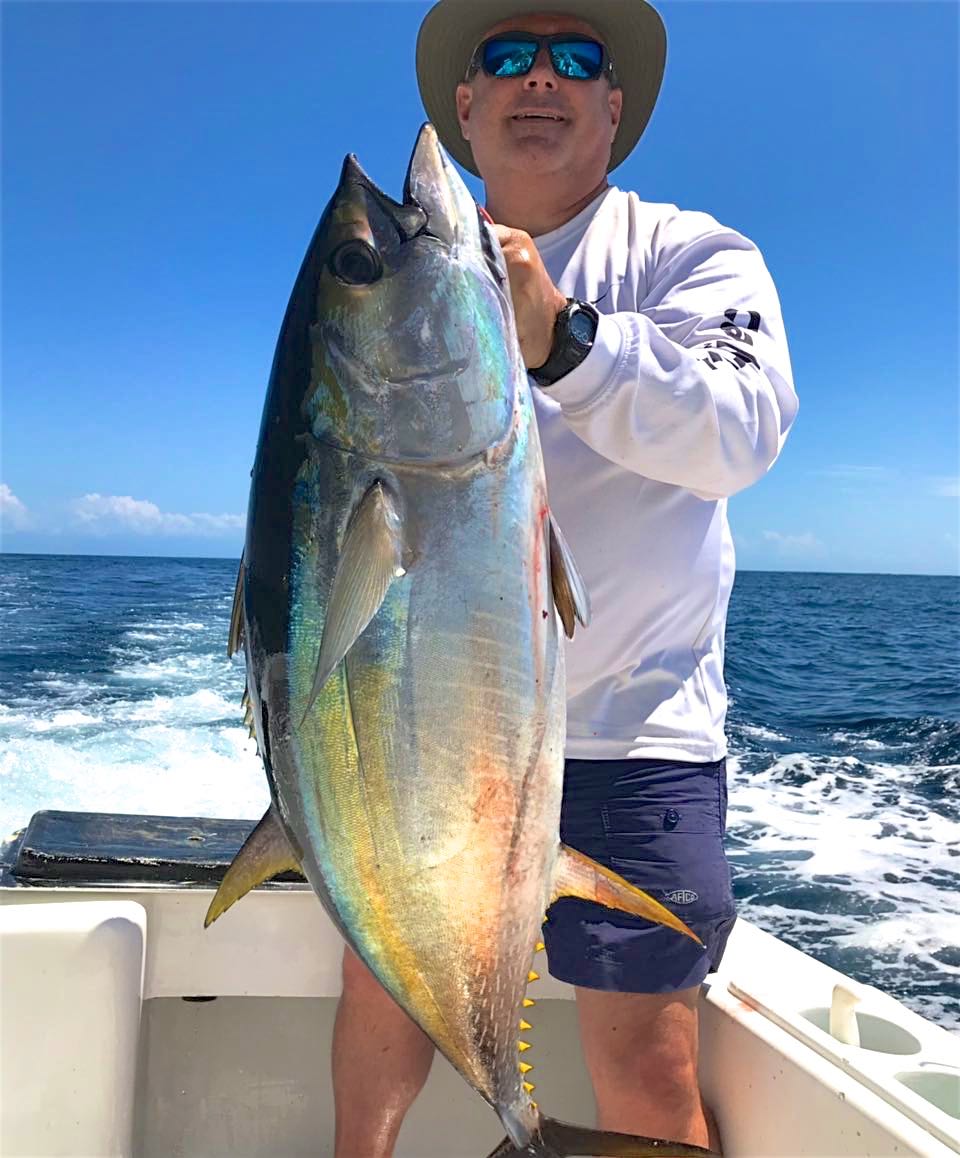 Giving you the best fishing experience for your dollar, providing a top notch experience at both inshore and offshore fishing sportfishing in Costa Rica. Directly serving the Manuel Antonio and Quepos area of Puntarenas, Costa Rica. 45 minutes south of Herradura, Los Suenos and Jaco, 30 minutes north of Dominical, or a 30 minute flight from San Jose. We specialize in offering World class sportfishing for billfish species including sailfish, black marlin, blue marlin, and striped marlin. We also catch other offshore and inshore species including Dorado, (aka dolphin, Mahi Mahi) yellowfin tuna, amberjack, snapper, and rooster fish.